Puerto Rican-Dominican crooner Ozuna parties down with extraterrestrials in the video for his hooky new reggaeton single, “Hasta Que Salga El Sol.” It’s the eighth release off his upcoming third album, Nibiru, set for release by the end of the year.

Directed by Colin Tilley — who also helmed the visuals for pop-reggaeton earworm “Taki Taki” — the new clip shows Ozuna crashing his spacecraft through the atmosphere of the mysterious, tropical planet of Nibiru. (Or, what doomsday truthers refer to as Planet X.) Ozuna hits the ground just in time for a bonfire, where he shares some dance moves with the local revelers. “Baila hasta que salga el sol, baby,” he sings, “Dance until the sun comes up!”

However, the party’s cut short when a magical being extracts a cluster of stars from Ozuna’s body; the video closes with an ominous parting frame that reads, “To be continued.”

Just three months after releasing his hit 2018 album, Aura, the Guinness World Record-breaking singer dropped “Luz Apaga,” the first of a whopping 19 tracks from his upcoming album. Although most Nibiru singles have been solo recordings, the new album will include collaborations with Cardi B, Anuel AA, Anitta and more.

“I’m a family man,” he told Rolling Stone in July. “I’m building a family in music, too.” 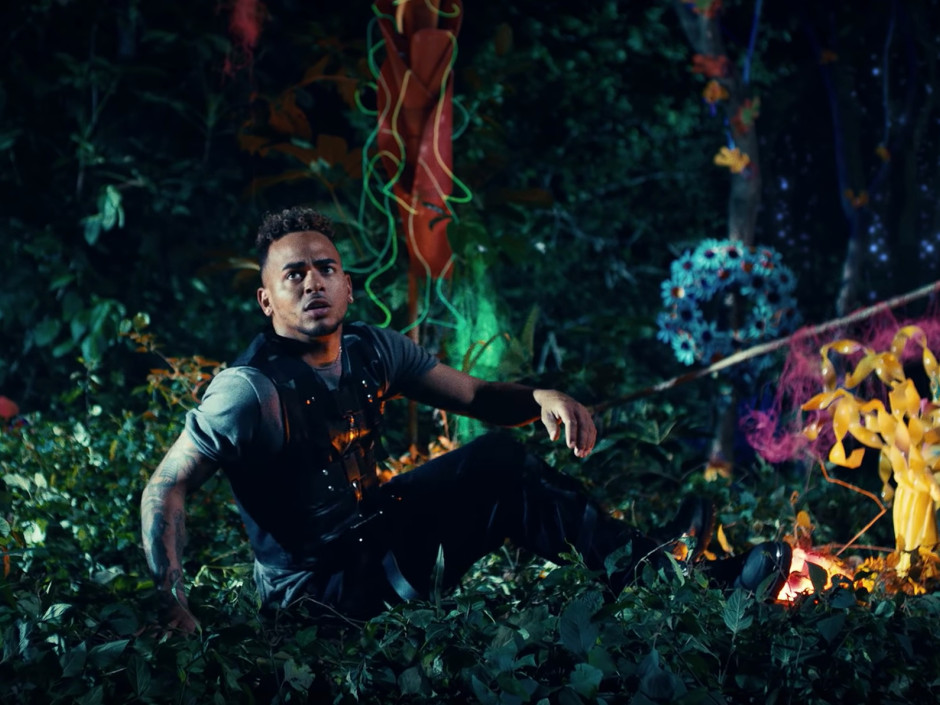