With a highly contested municipal election 48 hours away, Ozuna kicked off his much-anticipated Nibiru World Tour in Santo Domingo on Friday night – and left it all on the floor at Estadio Olímpico Félix Sánchez. There had been plenty of excitement around town all week; local radio and cars blasted Ozuna songs back-to-back, tour buses filled with fans made their way to the capital from the countryside and there was even internet chatter of a La Virgen de La Santisima Rosalía sighting at Sophia’s Bar & Grill that gave us the false hope of a surprise appearance in the middle of “Yo x Por Ti, Tu x Mi.”

Minutes before stepping on stage, the reggaetónero made sure the audience knew where he came from with an emotional reel of his beginnings and his affection for Dominican Republic. At 10 p.m. Ozuna revealed himself to the 50,000 adoring fans, kicking off his perreathon with “Hasta Que Salga El Sol.” During his 3-hour marathon, his lovely vocals and effortless high notes took on classic after classic as he went from the record breaking Odisea repertoire to newer hits such a “Adicto” and “Si Te Vas.”

Ozuna took time between songs to show his gratitude to the audience and to embrace his dominicanidad. “This is a special night for me, it’s the beginning of my fifth tour. Thank you for welcoming me with so much love and affection. Wherever I go, I represent my Dominican Republic and my Puerto Rico,” he told the adoring crowd. He concluded his speech by reminding everyone present how they’ve been a part of his rise in the music industry; “The first time I came here there were only 20 people in my show and today we are here making history,” he added.

Based on Instagram chatter, there was a hunch that Ozuna and concert producer Gamal Haché had a couple of surprise guests up their sleeves, but no one could have expected such an extensive roster. First on stage was Lunay, followed by Jhay Cortez, Natti Natasha and the surprise reunion of Kiko El Crazy and Cherry El Scom for the first-ever live performance of the viral song “Baje Con Trenza,”which became a hit or miss depending on your stance on Dominican Dembow. In what was perhaps the climax of the show, Wisin & Yandel came out to perform their collaboration “Quiero Mas.” As Ozuna ran backstage for a wardrobe change, El Duo de La Historia was in charge of creating a massive perreo function revisiting hits from their lauded musical career. After Wisin & Yandel’s performance it would have been easy to believe the gates from reggeatón heaven had already closed, until one last guest decided to come out at 12:21 a.m. The Big Boss Daddy Yankee was in the house, and his presence brought it down.

The long list of world-class surprise guests at Ozuna’s concert, complimented by the visual and set design answered a common demand by Dominican concertgoers who often get a watered-down version of the show unlike other markets outside the country.

Ozuna and his tireless crew have a world tour ahead of them in the coming months, but Friday’s sold-out show nevertheless offered a preview of what may be one of the high-grossing concert tours in 2020. 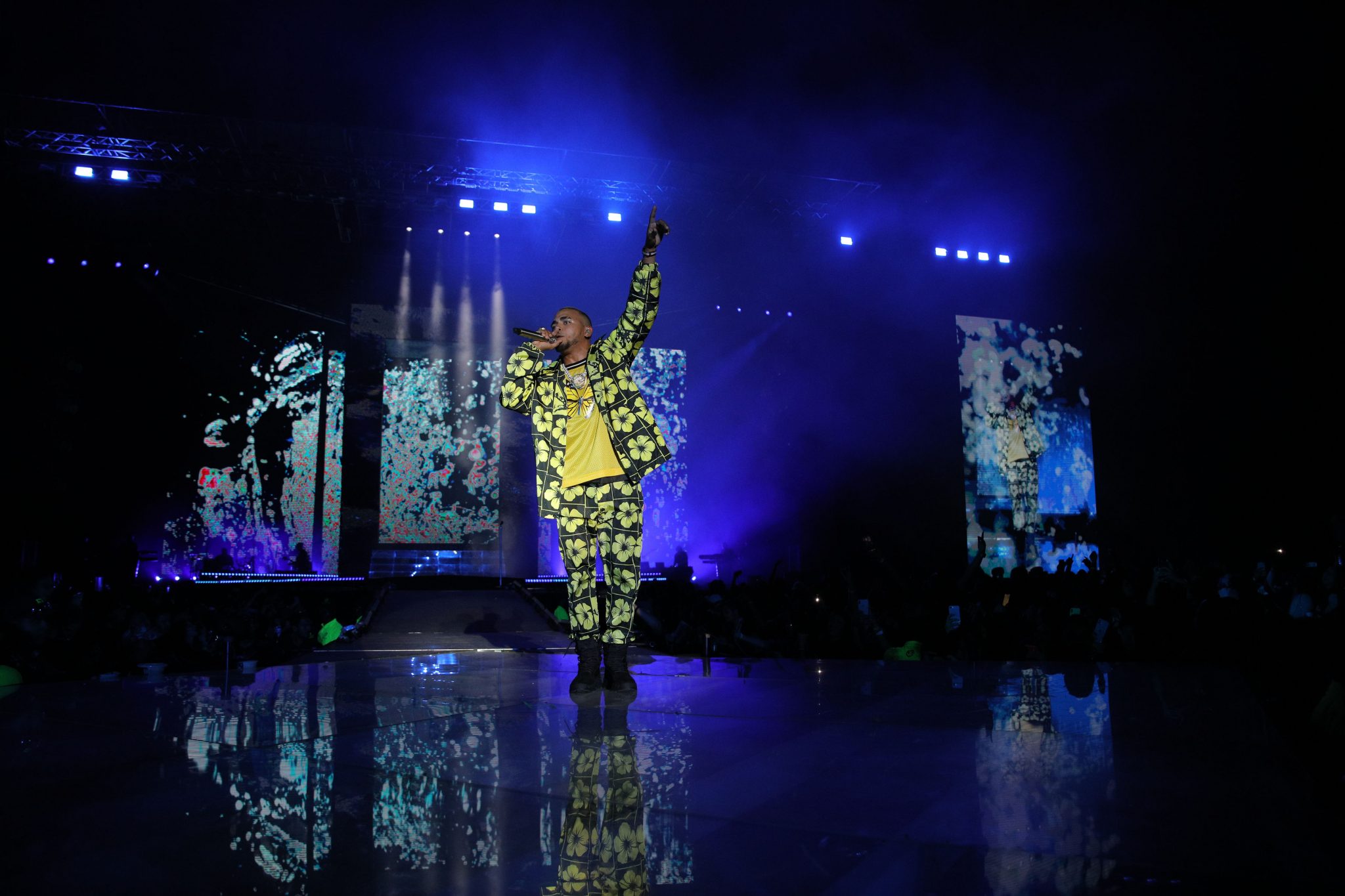