Ozuna hyped the release of his new album “Nibiru”Friday by taking over the front and back covers of The Post.

Fans — some who’d been waiting in line since 7 a.m. — swarmed the 27-year-old Puerto Rican artist when he made a promotional appearance in Times Square.

An amped-up all-ages crowd chanted “O-zun-na! O-zu-na! O-zu-na!” as the man of the hour busted a move in his yellow hoodie and black puffer coat combo.

The Billboard award winner born Juan Carlos Ozuna Rosado braved the chilly temps to sign autographs, pose for selfies and fist-bump his peeps. The dude even hugged some babies.

“I’m going to do it again next year,” said the beaming musician. “Every Black Friday I want it to say ‘Ozuna’ on the New York Post.”

A member of Ozuna’s team said the artist was inspired by The Post’s high-profile collaboration with street-wear brand Supreme in August 2018, and has been plotting a similar splash every since. “He even has it in a Ziploc bag,” the insider said.

He’s in A-list company, too: Kanye West bought out the cover in September 2019 as part of an advertising blitz featuring the phrase “We Love” in 11 languages.

Meanwhile, Ozuna — fresh off his appearance at Thursday’s Macy’s Thanksgiving Day Parade — is set to perform for a sold-out audience Friday at the Prudential Center’s Latin-themed Mega Bash.

The rising “King of Reggaeton” made his name on stellar collaborations with artists such as Cardi B, Selena Gomez and DJ Snake, to name just a few.

“Right now, the best songs have three or four artists,” he told The Post’s Chuck Arnold. “It’s a group thing.”

Oh, and by the way, Ozuna’s not ready to snatch that royal crown just yet. 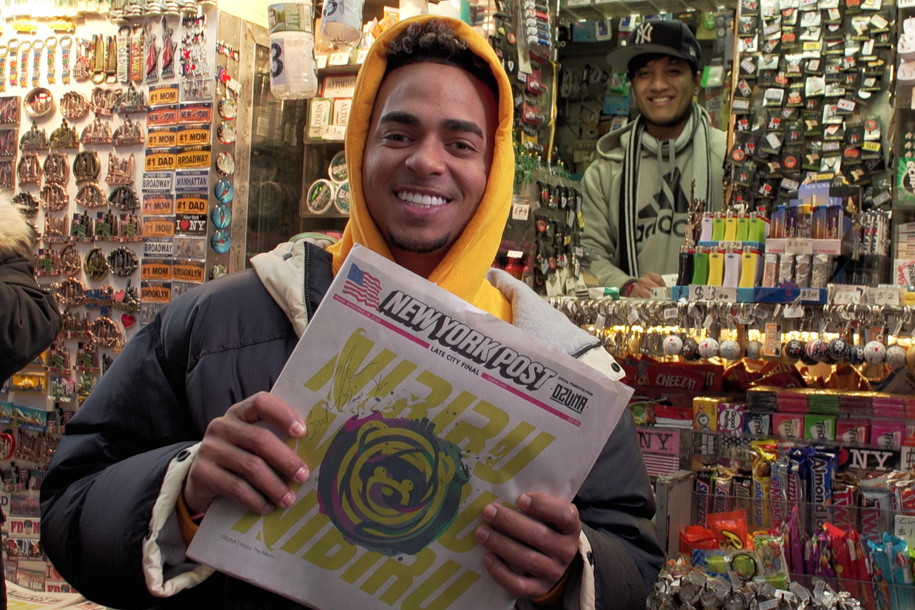