Need a popsicle the size of a person? Ozuna has you covered.

Summer hasn't officially started yet, but Ozuna is ready to kick things off a little early. On Thursday, he released his "Caramelo" music video, and it's a paradise full of giant popsicles, cotton candy, and floating lollipops, topped off with a purple-tinged swimming pool. The dress code seems to be all-pink everything, except when it comes to lips, which must be decorated with an array of rainbow sprinkles. Is he selling tickets to this land of sweets? Because he definitely should be.

Earlier this spring, Ozuna collaborated with the Black Eyed Peas on the song "Mamacita," to be featured on the group's upcoming album. He's also set to appear in Fast & Furious 9, though its release date was pushed back to 2021 because of the coronavirus pandemic. “It was an amazing opportunity playing a silly, action-packed character,” he told CHICA last year. “I'm grateful to Fast & Furious and everyone who made this opportunity possible.” 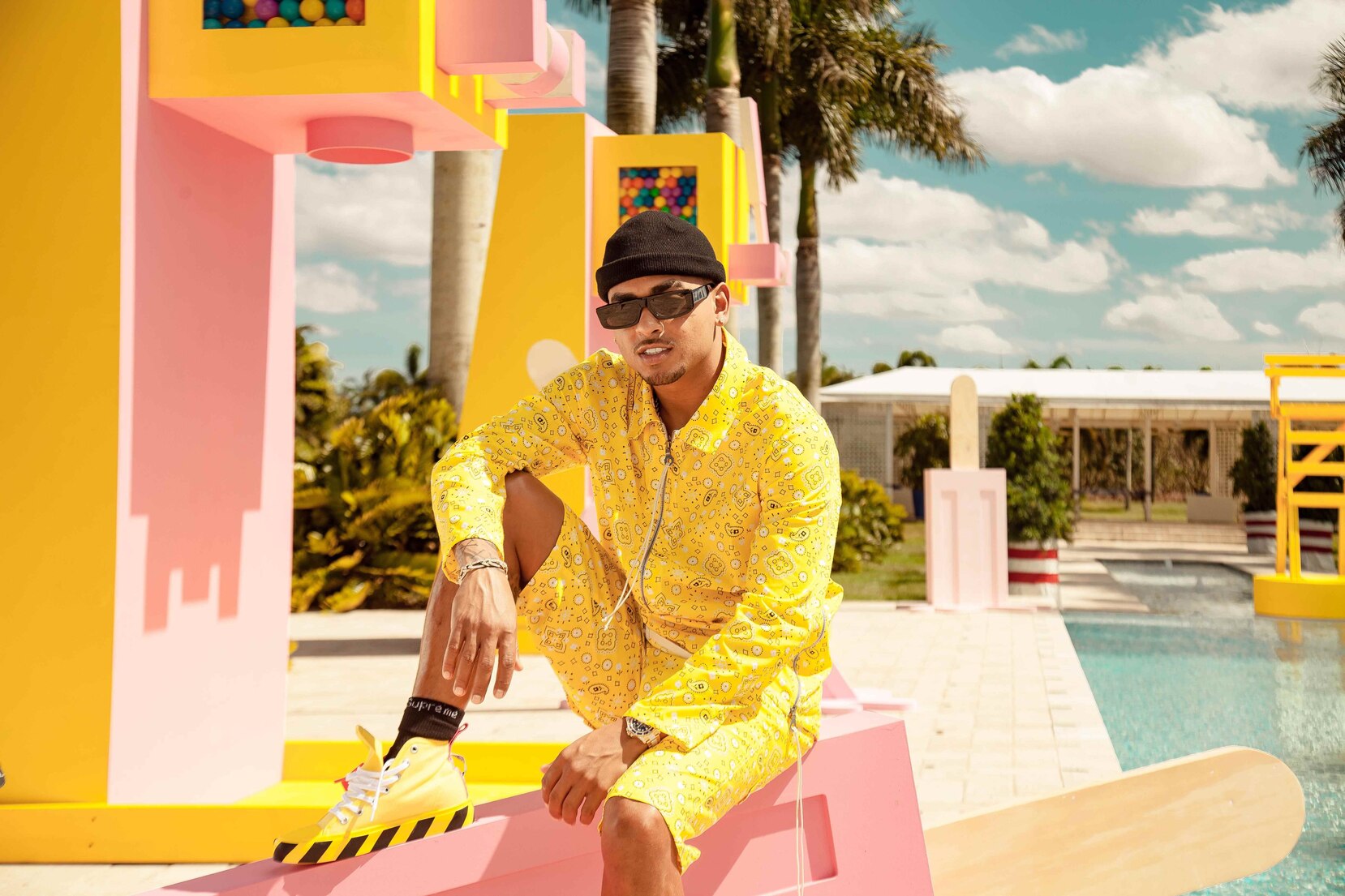