Ozuna wrestles with being ‘the new king of reggaeton’

Although he’s being hailed as “the new king of reggaeton,” Ozuna isn’t quite ready to wear that crown.

And that love is clearly being returned: In 2018, Ozuna (full name: Juan Carlos Ozuna Rosado) finished with the Top 2 LPs — his 2017 debut, “Odisea,” and its follow-up, “Aura” — on Billboard’s year-end Top Latin Albums Chart. And in April of this year, he took home 11 trophies — including artist of the year — at the Billboard Latin Music Awards, becoming the biggest winner in a single night in the event’s history.

Now he’s gearing up for a big week, which, in addition to the release of “Nibiru,” will include an appearance at the Macy’s Thanksgiving Day Parade and a performance at the Prudential Center on Friday as part of the Mega Bash, an all-star Latin concert. Crossover audiences have gotten to know Ozuna, too, thanks to his international smash “Taki Taki” — a collaboration with Cardi B, Selena Gomez and DJ Snake — which became a hit on the US pop charts.

That was not the reggaeton banger’s first joint with Cardi B: They had previously collaborated on the Latin hits “La Modelo” and “Ahora Dice (Real Hasta La Muerte Remix).” “That’s my sister; that’s my family,” says Ozuna of the Bronx rapper, who he first met in 2014. “I had a show in New York at La Boom [in Queens]. Somebody told me, ‘Yo, Cardi B’s coming to see you.’ I said, ‘Who’s Cardi B?’ ”

“Nibiru” — which takes its title from a mythical planet — finds Ozuna mixing it up with other Latin stars, including fellow Puerto Rican Anuel AA (“Cambio”) and Brazilian singer Anitta (“Muito Calor”). But there’s another artist who’s tops on his list of dream collaborators: Rihanna. “I would love to do something with her,” he says. “I’m ready!”

Although Ozuna has only recorded in Spanish so far, he’d like to expand his repertoire of songs in the future. “Yeah, I want to record in English,” he says. “I’m working on my English right now.”

Growing up in Puerto Rico, Ozuna was influenced by reggaeton stars such as Don Omar, Wisin y Yandel and Daddy Yankee — “the real, real reggaeton,” as he describes — as well as hip-hop and R&B heavyweights such as Jay-Z and Usher. But music was already in his genes from his Dominican dad, who was a dancer for the reggaeton artist Vico C. “I got it in my blood,” Ozuna says of his father, who was fatally shot when the singer was just 3.

Ozuna is bringing his family — which includes wife Taina Marie Meléndez and their two kids, daughter Sofia and son Jacob — up from Puerto Rico to celebrate Thanksgiving with him in New York. Of riding atop a float at the iconic parade, he says, “That’s a dream, because I’ve seen it on TV for years. And now I’m going to perform. That’s awesome! So I’m going to bring the best energy.”

As for the rest of the holiday season, Ozuna will be on the grind as he launches his new album and prepares for a 2020 world tour that begins in the Dominican Republic in February. “Man, I gotta work!” he says, although he plans to be back home in Puerto Rico with his family to have a feliz Navidad. “But for me,” he says, “every day is Christmas.” 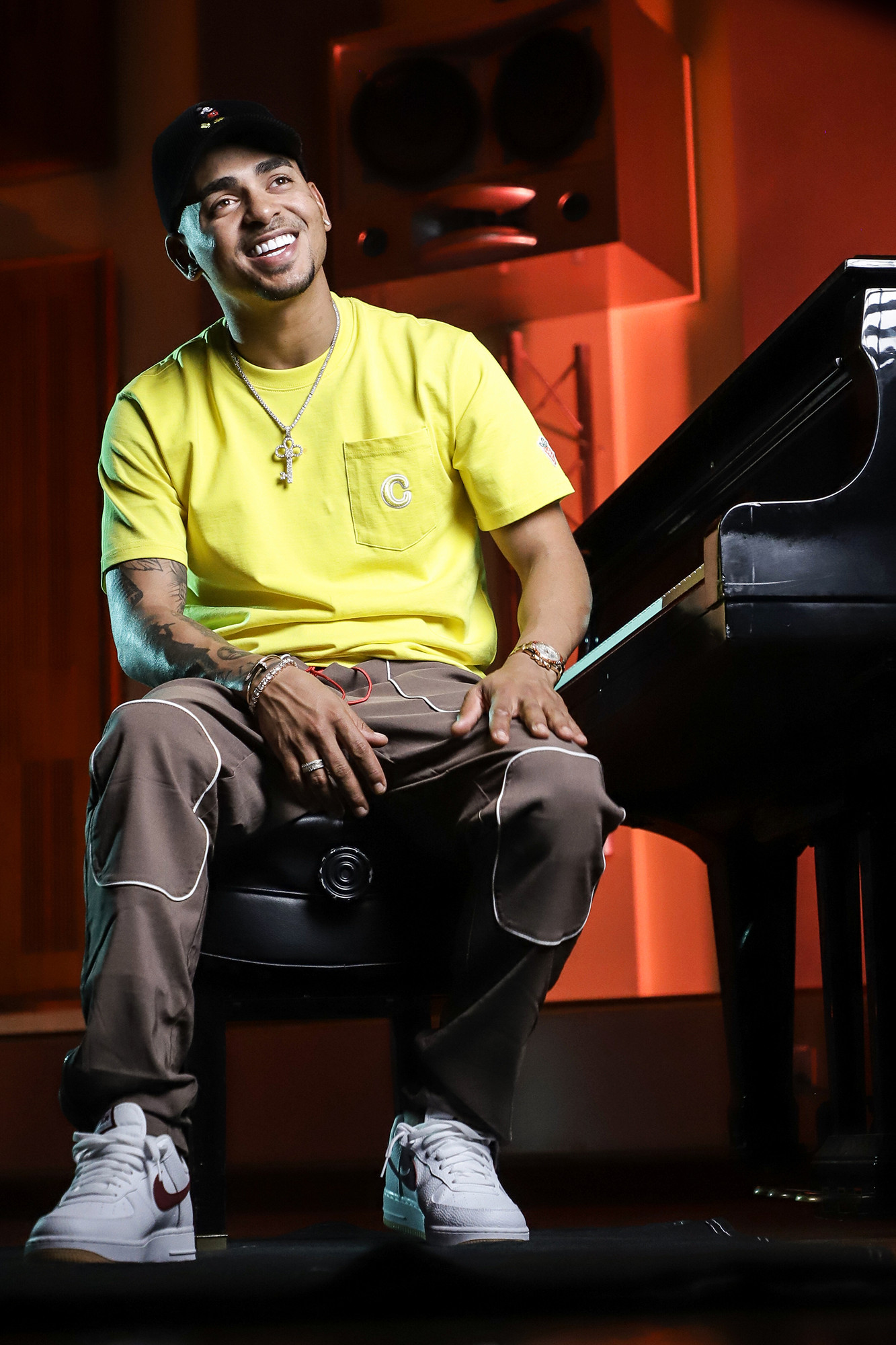