Honored under his birth name, Juan Carlos Ozuna Rosado, the acclaimed singer-songwriter is highlighted in the newly released 2020 edition of the Guinness World Records book. He qualified for his first Guinness title after his 2017 album, Odisea, sat at the top of the charts for 46 consecutive weeks, from September 16th, 2017 through September 1st, 2018 — earning him the Guinness World Records title as the male artist with the most weeks at Number One on Billboard‘s Top Latin Albums chart.

Thanks to an arsenal of hits and collaborations across the Latin music industry, Ozuna was crowned the most-watched artist on YouTube in 2019. This week he was officially recognized with the Guinness World Records title for artist with the most videos to reach one-billion views on YouTube — seven as of February 2019 — and another title for having the most Billboard Latin Music Award nominations for a single artist in a single year. Lastly, as of April 2019, at he clocked the title for most Billboard Latin Music Award wins — 11, to be exact — for a single artist in a single year. The Guinness World Records organization held a special ceremony for the artist in Puerto Rico.

Ozuna counts the most YouTube videos to hit one-billion views, among three other milestones 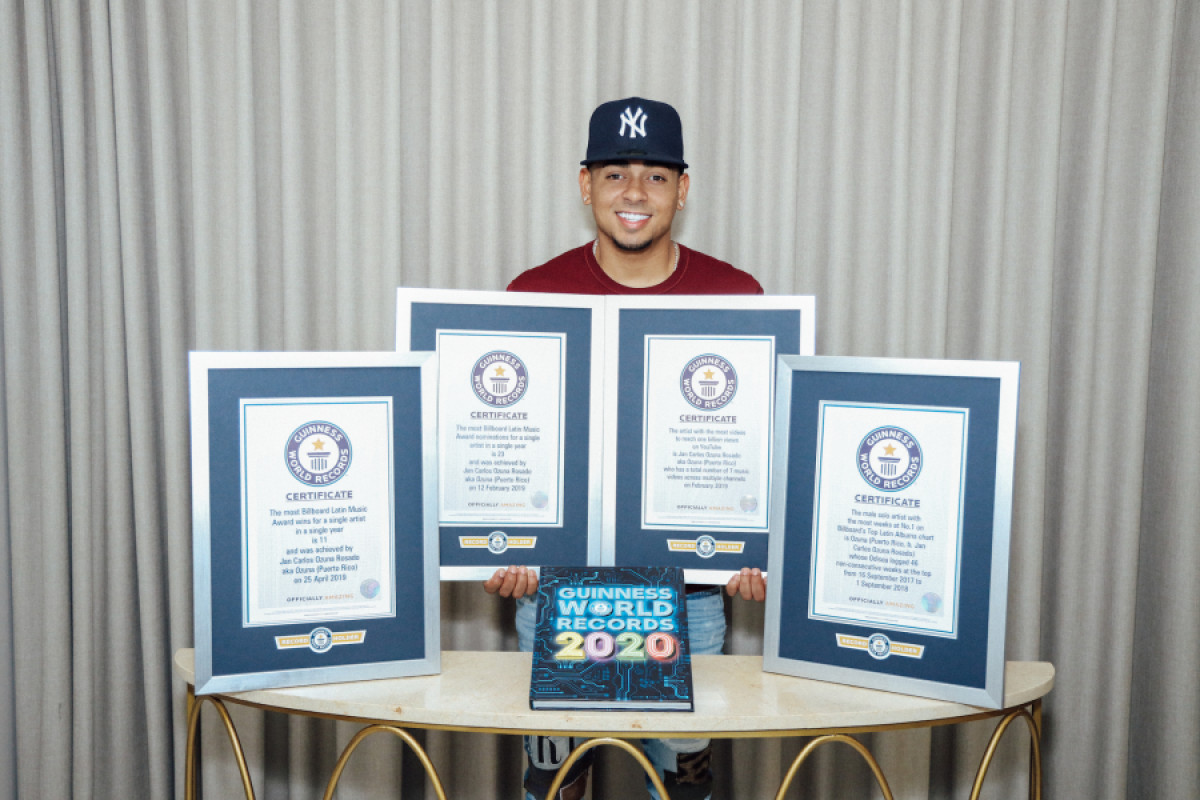